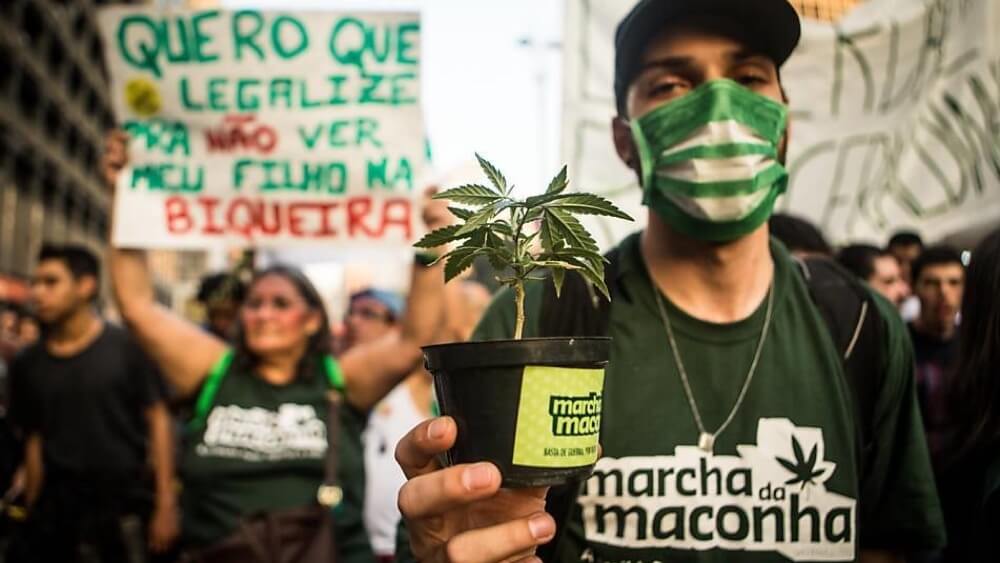 The market for marijuana has always been lucrative – but illegal. In the Americas, one of the first countries to change its laws was Uruguay, which legalized the production and commercialization of cannabis in 2013. Canada, Colombia, Peru, Mexico and over 20 U.S. states have also changed their legislation, each one according to its own local circumstances, to allow legal commerce in the drug. The result has been the emergence of promising new businesses.

One such business is Tilray, a Canadian company that launched its initial public offering in July, and whose shares appreciated 500% in just two months. Currently, about 50 companies in this sector have shares listed on stock exchanges, with indexes published on the online platform New Cannabis Ventures. This developing market is attracting Brazilians to launch new companies abroad, as well as within the country in the expectation of a possible change in legislation.

One of these companies is VerdeMed Cannabis Latino America, which last month made its first call for investors. The partners plan to raise US$20 million over two years. Half of this amount would be invested in the Brazilian operation, and the rest in other Latin American markets. “By 2022, we intend to reach US$80 million in investments,” says 53- year-old José Bacellar, president of VerdeMed, who was previously CEO and president of Bombril. In Brazil, the cannabis trade is illegal. The only exception allowed is for cannabidiol (CBD), a substance extracted from cannabis oil, used in the treatment of infantile epilepsy. Brazil’s National Sanitary Surveillance Agency (Anvisa) allows its importation directly for patients with a medical prescription. This is a slow and expensive process. The cost for a patient with epilepsy is around R$ 3,000 (Brazilian Reais) per month. It is estimated that the cost of a domestically manufactured product would be 20% of that. So far only one drug has been registered, a spray called Sativex – marketed as Mevatyl in Brazil. Formulated with CBD and tetrahydrocannabinol (THC) – the substance that causes euphoria – it is used in the treatment of multiple sclerosis. VerdeMed intends to operate in this segment of the new drug market.

The CBD raw material will be shipped from Colombia, where the company has its own production facilities, to Canada, which, as of October 17, became the first G-7 country to approve the recreational use of cannabis. The headquarters and laboratory of VerdeMed are in Canada. Brazil will receive the finished therapeutic product. “VerdeMed will manufacture CBD for the treatment of infantile epilepsy and nabiximols (Sativex) to reduce muscle spasms linked to neurological disorders,” says Bacellar.

To make this happen, the company will still have to register the drugs with Anvisa. “Even if the bureaucratic process takes a while, the business is already sustainable with only the extraction of oil in Colombia,” says Nelson Margarido, VerdeMed’s Country Manager. Repressed market. “Nowadays Brazil has a repressed demand in this area, that’s just talking about drugs,” says Alan Vendrame, coordinator of the Ibmec Law School and a PhD in Public Health from the University of Connecticut. “The use of marijuana can benefit a number of diseases. There is scientific research that proves its efficacy, mainly for chronic diseases.” According to Vendrame, the cost of the manufacturing process is low. “One gram of marijuana oil costs the manufacturer R$3 (Brazilian Reais), if it grows it itself. This explains the high profitability of the market.”

“No other investment has such a high profitability,” says Caio dos Santos Abreu, a lawyer at Entourage Phytolab, a cannabis research and development company based in Valinhos, São Paulo. “In three years, Entourage has increased in value more than 30 times,” says Abreu. That is an average of ten times per year, as estimated by the partners of VerdeMed. History. Abreu was alerted to the therapeutic properties of cannabis when his mother suffered from cancer. The vaporization of the plant helped to lessen her pain and lack of appetite brought about by the disease, before she passed away in 2009. Six years later, Anvisa removed CBD from its list of prohibited psychotropics. At that time, Abreu had the idea of setting up a research company. He found a partner in the Canadian company Canopy Growth, established in 2014 and the world leader in the medical marijuana sector. The company, whose shares trade on the New York Stock Exchange and which is valued at more than R$50billion (US$10billion), invested US $700,000 in the Brazilian company. Last month, a Brazilian investor contributed another US$2 million. In parallel, the Canadian company has announced the establishment of Canopy Latam, which may become the continent’s largest producer and distributor of cannabis-based drugs. Headed by the Brazilian executive Antônio Droghetti, began its activities in Chile and Colombia, but also has its eye on the potential of the Brazilian market.

Mexico Will Be Next To Legalize Marijuana

History of Marijuana in México