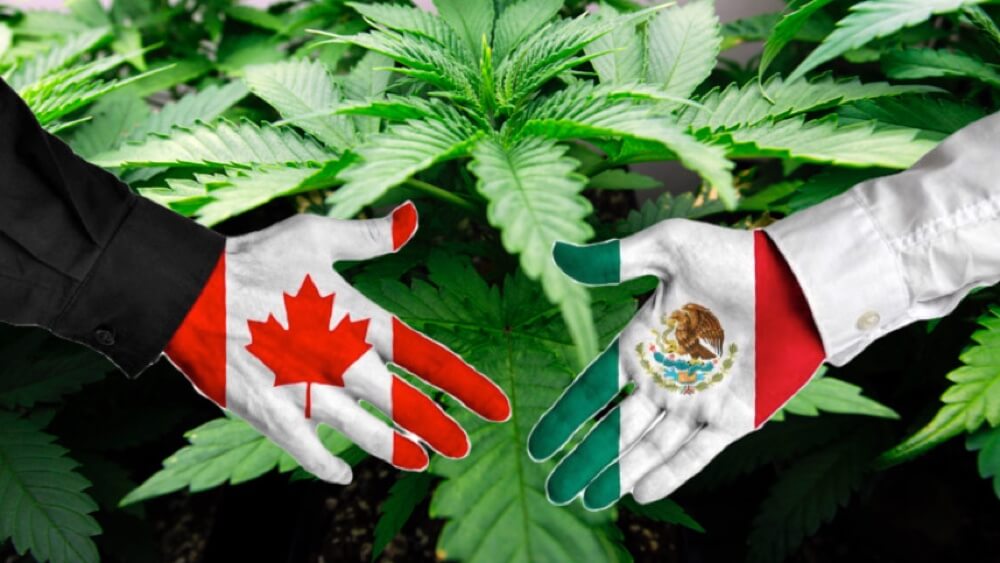 From 1920 to 2009, marijuana was illegal in any and all form throughout all Mexican territories, incarceration eminent. In 2009, possession of 5 grams or less was decriminalized but cultivation was not.

In 2015, the Supreme Court voted 4-1 that prohibiting people from growing the drug for consumption was unconstitutional as it violated the human right to the free development of one’s personality.

Between 2015 and 2018, 4 different sets of plaintiffs brought suits to the Supreme Court under the human rights violation ruling of 2015, and all 4 plaintiffs won their cases. The last ruling came down Oct 31, 2018, which broke the threshold of 5 and nationwide legalization became possible for all.

In Mexico, if 5 separate plaintiffs bring similar or identical cases to the high court, and all 5 are able to demonstrate cause, then the 5th case invokes a constitutional legal cause to force change on the law itself, without the help of the executive and/or legislative (Congressional) branches of the Mexican government.

During the 5 court preceding’s, 2015 to 2018, medicinal use of marijuana was legalized in 2016, which helped the processes for complete legalization nationally.

With the last and favorable court ruling of Oct 31, 2018, it allowed for the complete use of non-commercial recreational use of marijuana by all in Mexican territories, opening the door for complete legalization nationwide.

With the election of (Morena Political Party), leftist Andres Manuel Lopez Obrador (AMLO) won the presidency in 2018, a proponent of marijuana legalization. He says that 2019 will be the year that Mexico begins implementing processes for the paradigmatical changes to follow.

Mexico’s ex-president Vicente Fox (2000-2006) is now on the board of one of Canada’s leading marijuana company (Khiron Life Sciences) working to open all of Latin America (600 million people) market space.

According to Mexico’s newly appointed Interior Secretary, Olga Sanchez Cordero, changes are expected to happen within weeks, rather than months or years for the upcoming new changes.

Mexico is currently ranked 6th in the world in tourism and with these sweeping changes, it will become the largest tourist serving country in the world to offer marijuana as part of the tourist experience. Mexico currently enjoys about 40 million annual visitors in its tourism sector.

This is where Canada comes in; Canadian Cannabis Companies are well poised to freely export their high quality, top-shelf products into all the new upscale retail stores that will be popping up throughout Mexico, especially in tourist areas.

Unfortunately, the US will not be able to participate in these new markets until Federal changes happen in Washington D.C., which is not expected to happen soon. In the meantime, Canada and Mexico will be open for business and ready to forge new strong alliances that will surely serve them into the future.

Those Canadians who are looking for new revenue streams, Mexico may have some opportunities and answers for you.

Mexico Will Be Next To Legalize Marijuana